Melioidosis, caused by a non-fermenting gram negative bacilli Burkholderia pseudomallei, can mimic a variety of diseases due to its diverse clinical presentation. The incidence of cardiac involvement in melioidosis is less than 1%. We report a rare case of melioidosis in a 65 year old male with chronic kidney disease who presented with fever and pericardial effusion which was misdiagnosed and treated as tuberculous pericardial effusion. Later, on isolation of Burkholderia pseudomallei from paired blood culture samples, pericardial fluid and also from pleural fluid confirmed the diagnosis of disseminated melioidosis. The patient was treated with intravenous ceftazidime after which clinical improvement was observed. Cardiac melioidosis should always be considered in the differential diagnosis of tuberculous pericardial effusion and it should be ruled out before the start of anti-tubercular treatment. This will prevent unnecessary exposure to anti-tubercular drugs and also aids to start early treatment for melioidosis thereby reducing the mortality.

Melioidosis caused by a non-fermenting gram-negative bacilli Burkholderia pseudomallei, can mimic a variety of diseases due to its diverse clinical presentation leading to a diagnostic challenge.1 It is known to be highly endemic in Southeast Asia, northern Australia, and northeast Thailand. The latest global distribution update of melioidosis have included India, Southern China, Brazil and Malawi under the list of endemic countries of melioidosis.2 In India, the majority of the cases have been recorded in the coastal belts of western and eastern regions due to the saprophytic nature of the organism. The clinical presentation in melioidosis can range from localised infections like pneumonia, abscesses (gluteal, scalp, psoas, paraspinal), septic arthritis, supraclavicular mass to disseminated infection, which mainly occurs in immunocompromised individuals. The incidence of cardiac involvement in melioidosis is less than 1%; however there has been a notable increase in the reports of melioidosis with cardiac involvement in the past decade.3 Here we present a case of disseminated melioidosis, complicated with pericardial effusion.

A 65 year old farmer from Thiruvanamalai, Tamil Nadu presented to the casualty with chief complaints of fever for the past two months and shortness of breath for the past two weeks. Fever was of low grade intermittent type, associated with chills. Shortness of breath initially was limited to only on exertion (NYHA class III), but later he developed moderate to severe orthopnoea. There was no history of cough with expectoration or haemoptysis. He also gave history of pricking type of intermittent chest pain with occasional palpitations. Subsequently, loss of appetite and progressive loss of weight (~10 kgs in the past two months) were also observed. He was a known hypertensive and chronic kidney disease with end stage renal disease diagnosed 3 years ago, after which he was started on treatment with antihypertensives and intermittent haemodialysis.

On examination, he had a poor built, moderate pallor and was febrile, tachycardic and tachypneic with a pulse rate of 100/min and RR of 32/min respectively. Blood pressure was 128/80 mmHg. No pulsus paradoxus observed at admission. Elevated jugular venous pressure with dimin­ished cardiac apex beat on palpation were noted. The lower lung fields were dull on percussion. On auscultation, vocal fremitus and vocal resonance were reduced in lower lung fields bilaterally with added coarse crepitations.S1and S2 were soft on auscultation. On per abdomen examination, there was right hypochondriac tenderness with a positive hepatojugular reflex noticed.

A set of paired blood culture specimens collected from separate venepuncture sites were sent to the Microbiology laboratory for bacterial culture in the automated BacT/ALERT aerobic blood culture bottles. Blood collected from right venepuncture site had flagged positive after incubation in the automated Virtuo BacT/ALERT 3D system with the time-to-positivity of 34 hours. Direct gram staining from blood culture broth showed gram negative bacilli with bipolar staining (safety pin appearance, figure 3), following which subculture on 5% sheep blood agar and MacConkey agar was performed and incubated at 37℃ for 24 hours. In blood agar, moist non haemolytic colonies and in MacConkey agar non lactose fermenting colonies were observed with the typical sheen on the surface of the colonies (figure 4). It was found to be oxidase positive and a non-fermenter. The MALDI-TOF MS system (Matrix Assisted Laser Desorption Ionisation - Time of Flight Mass Spectrometry and VITEK MS, biomeriuex) failed to identify the organism. Hence VITEK 2 microbial identification system was used, which identified the organism as Burkholderia pseudomallei. The antimicrobial susceptibility test (AST) was performed using microbroth dilution method by an automated VITEK platform and the minimum inhibitory concentration (MIC) results obtained were interpreted according to CLSI M45 guideline. The organism was found to be susceptible to levofloxacin, minocycline, ceftazidime, cotrimoxazole and meropenem.

Subsequently, a therapeutic tapping of the pleural fluid (pleural fluid paracentesis) was done and the biochemical analysis of which showed glucose 141 mg/dL, total protein 3.9g/dL, albumin -1.9g/dl, adenosine deaminase (ADA) 10 IU/mL, lactate dehydrogenase (LDH) 174 U/L, WBC count was 4200/ µL, N-75% and lymphocyte count was 25%. The pleural fluid/serum-quotient of LDH and total protein were 0.46 and 0.54 respectively. The pleural fluid was tested negative for Mycobacterium tuberculosis complex (MTB) by acid fast staining, liquid culture (MGIT) and GeneXpert. Bacterial culture of the pleural fluid also had grown Burkholderia pseudomallei, following which pericardial fluid tapping was done and sent for culture which also yielded Burkholderia pseudomallei. Hence it was concluded that the present study is a case of disseminated melioidosis complicated with pericardial effusion.

Initially he was started on antitubercular treatment as tuberculosis was considered as one of the differential diagnosis. No clinical improvement was noted and patient required therapeutic paracentesis. Soon following the blood culture grew Burkholderia pseudomallei, the patient was started immediately on injection ceftazidime twice daily. On follow up after three days clinical improvement was noted and eventually the patient recovered from septic shock. 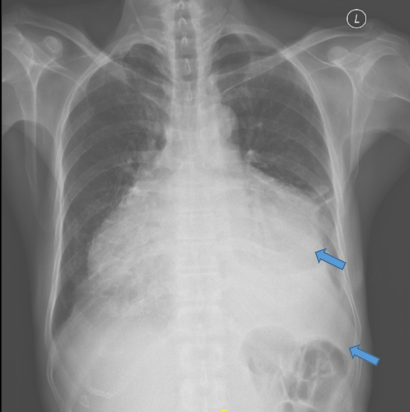 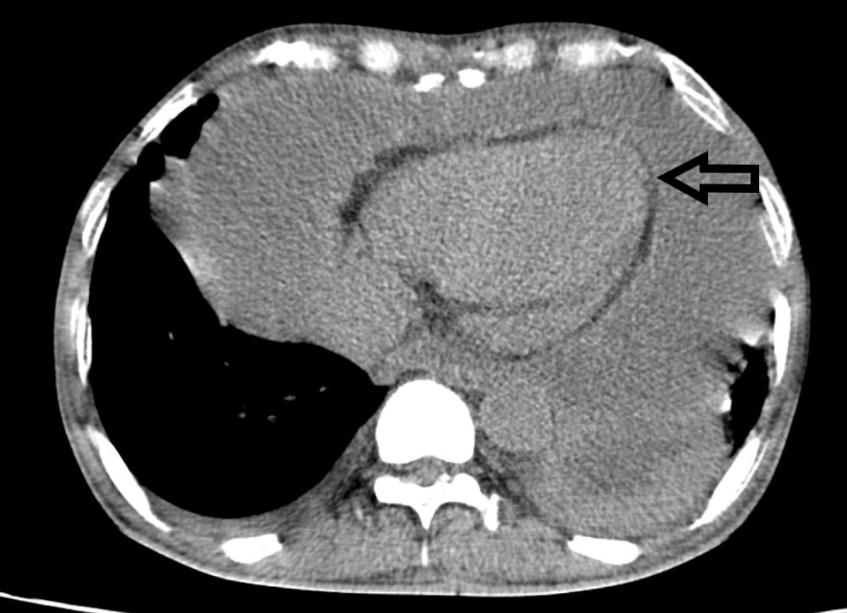 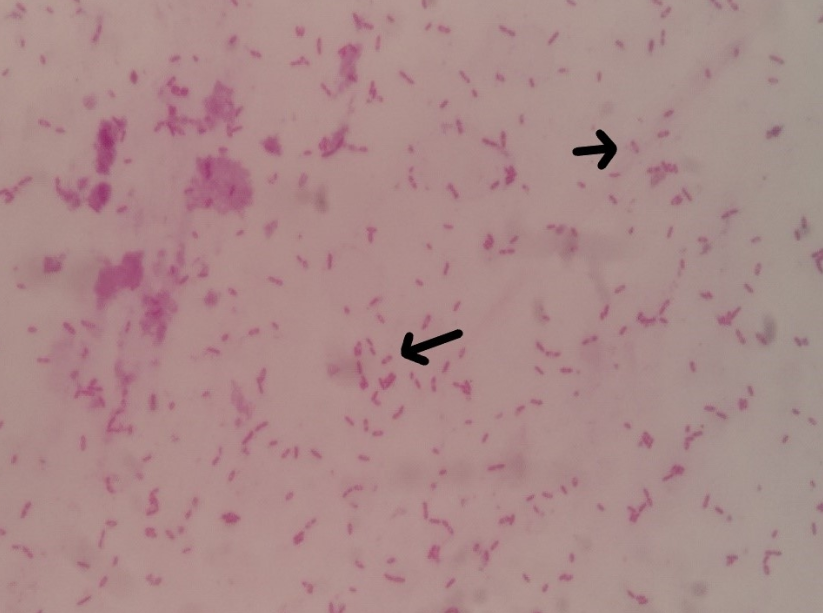 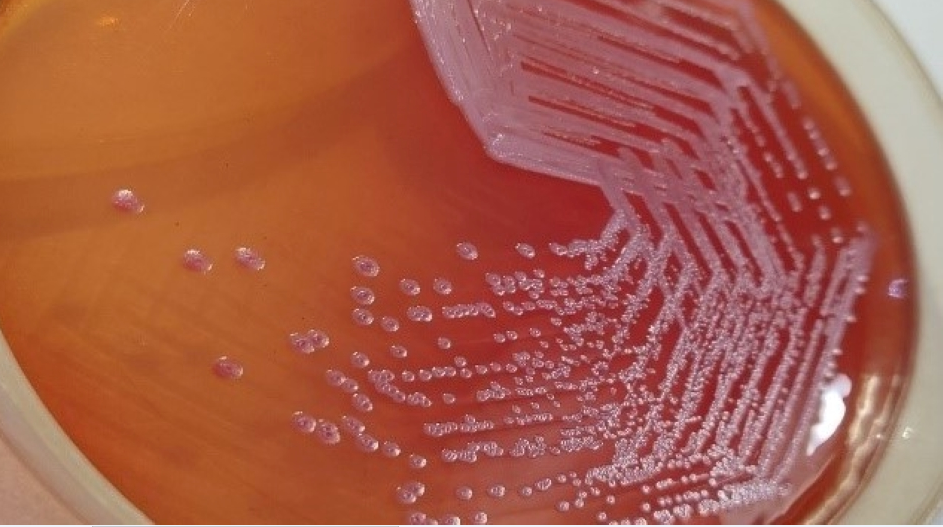 The first case of association of cardiac involvement in melioidosis was reported by Raff MJ et al in 1971, where the patient presented with high grade persistent fever and cough followed by lung abscess formation and pericardial effusion. B.pseudomallei was isolated from the sputum but not from the pericardial fluid. The clinical symptoms resolved following treatment with tetracycline but the patient later developed pericarditis.5 Subsequently, another case of pulmonary melioidosis with ruptured lung abscess and pericardial effusion was reported in a 35 year old diabetic male in Malaysia in 1989. But in this case B.pseudomallei was isolated from the pus obtained by pericardiocentesis.6 Likewise following this publication, few more cases of cardiac melioidosis were reported from different countries.7, 9, 10 In the present case, B.pseudomallei was isolated from blood, pleural fluid and also from the pericardial fluid which confirmed the clinical diagnosis.

Tuberculosis, being the most common cause of pericardial effusion in India, was considered to be the most common differential diagnosis in this case.4 Pericardial fluid biopsy and pericardial fluid culture would help to differentiate between tuberculous pericarditis and cardiac melioidosis. The patient was started on antituberculous drugs initially, which was withdrawn soon after the isolation of B. pseudomallei from blood and pericardial fluid. Subsequently, the patient was started on intravenous ceftazidime, twice daily. In concordance to our study, there are many case reports of cardiac melioidosis, where tuberculous pericarditis was considered as the initial diagnosis.4, 8 India being endemic to tuberculosis, most of the patients are started on antituberculous treatment even when acid fast staining report or culture for Mycobacterium tuberculosis complex is negative.8 In a study conducted in Mangalore, it was observed that 22 patients were initially started on antituberculous treatment, who were later found to become culture positive for B.pseudomallei. All of them were found to have fever, raised ESR and neutrophilic lymphocytosis and diabetes as a comorbidity.

In the present case study, the patient is a non-diabetic but suffered from chronic kidney disease (CKD) for the past 3 years and was on hemodialysis treatment for the same. End stage renal disease is one of the independent risk factors for melioidosis and it was observed that CKD patients on dialysis commonly present with bacteremia. Similarly in our case also, the patient presented with only fever and respiratory symptoms without any clear foci of infection. Culture of paired blood culture samples yielded B. pseudomallei, after which the etiological diagnosis was confirmed. The other risk factors for melioidosis were found to be male gender, chronic smoking, alcoholism, chronic lung disease, malignancy, congestive cardiac disease, rheumatic heart disease and immunosuppression.3, 8 While most of the patients with cardiac melioidosis recovered following medical management, few recovered only after surgical intervention like pericardiectomy, whereas few patients with risk factors reported to develop recurrent pericarditis.5, 7 Here in our case also, no surgical interventions were needed and the patient was treated with intravenous ceftazidime after which clinical improvement was observed. Treatment of melioidosis involves two phases, induction therapy with ceftazidime or meropenem followed by eradication therapy with cotrimoxazole.3

There is definitely a surge in the number of melioidosis cases in India and lack of awareness among the clinician is one of the important reasons for it being misdiagnosed which leads to false treatment or delay in the treatment. Melioidosis is of public health importance and hence should be diagnosed at the earliest and appropriate management should be done to avoid mortality.

Cardiac melioidosis should always be considered in the differential diagnosis of tuberculous pericarditis and it should be ruled out before the start of antitubercular treatment. This will prevent the unnecessary exposure to the antitubercular drugs and prevents the adverse effects and development of resistance to those drugs. Moreso, clinicians should always have high degree of clinical suspicion of melioidosis in all cases of pyrexia of unknown origin as the patient will present with varying clinical manifestation which will help for early diagnosis and treatment thereby preventing complications.