Shanmugam, Gunalan, Bhaskar, Ravi, Sivaradjy, Priyadarshi, and Sastry: Corynebacterium jeikeium - An unusual cause of meningoencephalitis in a patient with HIV and tuberculosis

The members of the genus Corynebacterium are catalase-positive, oxidase-negative, pleomorphic gram-positive rods occasionally club-shaped arranged in V or L forms or palisades. Coryneforms other than Corynebacterium diphtheriae are often ignored when isolated from clinical laboratories as in most instances they represent the normal commensals of skin. But in rare instances, these coryneforms can still act as a potential pathogens in vulnerable population. Corynebacterium jeikeium, previously designated as CDC group JK, is a lipophilic, multi-drug resistant skin coloniser of hospitalized patients, most commonly of the inguinal, axillary and rectal sites. Initially the organism was considered only as commensal, later it was identified as the causative agent for severe sepsis in immunocompromised patients like those with hematological malignancies and profound neutropenia and in patients with ventriculoperitoneal shunts.1 To the best of our knowledge, we present here the first case of meningoencephalitis, caused by Corynebacterium jeikeium in an adult male with Human immunodeficiency virus (HIV) and tuberculosis co-infection.

A 30 years old heterosexual male, not a known case of diabetes mellitus or hypertension hailing from Southern part of India presented to the Emergency department with complaints of fever, vomiting and altered sensorium for 10 days duration. Patient was apparently well 10 days prior to admission when he developed low grade fever without chills and rigor for which he took oral medications from local Primary Health care center. Fever persisted even after medications and on second day following the illness, he had multiple episodes of projectile vomiting associated with headache and altered sensorium and speech. There were no localizing symptoms. There was no history of trauma, ear or nasal discharge. There was no history of significant loss of weight, loss of appetite, contact with tuberculosis patient or chronic cough. There was no history of hematemesis, seizures, urinary incontinence or any history of paucity of movements. There was no history of similar illness in the past.

On examination he was conscious, oriented but restless and agitated and appeared confused. Patient was febrile with no signs of pallor, icterus, cyanosis, clubbing, pedal edema or eschar. Pulse rate was 78/min and blood pressure was 110/70 mmHg. Central nervous system (CNS) examination revealed altered mental status and cranial nerves were grossly normal without any signs of papilloedema. Patient was able to move all the four limbs without any paucity of movements, bilateral plantar flexor and deep tendon reflexes could not be elicited. Patient had neck stiffness, but the Brudzinski sign was negative. The remainder of physical examination was unremarkable.

Under strict aseptic precautions, external ventricular drainage was done (EVD) in view of hydrocephalus during the first week of admission and the cerebrospinal fluid (CSF) was sent for aerobic culture, cartridge based nucleic acid amplification test (CBNAAT) for Mycobacterium tuberculosis complex and biochemical analysis. CSF analysis showed elevated protein (173 mg/dL), low glucose level (37 mg/dL) and lymphocytic pleocytosis (white blood cells count - 320 cells/cubic mm; lymphocytes - 85%). Patient was empirically started on parenteral ceftriaxone and acyclovir. Liver function tests (LFT) showed elevated bilirubin of 2 mg/dL, that raised the suspicion of scrub typhus and for which doxycycline was added. During the course of stay in the hospital, he was found to be retro positive and anti retroviral therapy (ART) registration was done after integrated testing and counselling centre (ICTC) confirmation.

Direct gram staining from the CSF sample sent before starting antibiotics showed plenty of pus cells but no organisms were seen. CSF was plated on to 5% sheep blood agar, MacConkey agar and chocolate agar and incubated aerobically at 37℃. After 16-18 hours, circular 1-2 mm sized, low convex, smooth white non-hemolytic colonies with entire edges were seen in blood agar and similar growth was observed in chocolate agar also. MacConkey agar showed powdery type of colonies. Gram stain performed from colonies from all the three plates showed Gram positive bacilli arranged in pallisades. The colonies were subjected to matrix assisted laser desorption ionisation - time of flight (MALDI TOF MS- VITEK®MS, bioMérieux) and was identified as Corynebacterium jeikeium with a confidence interval of 99%. As the direct Gram staining did not reveal any organisms, it was reported as possible contamination with normal flora of the skin. CBNAAT performed from CSF (GeneXpert®) detected presence of Mycobacterium tuberculosis complex (very low) which was sensitive to rifampicin. Hence the patient was started on anti tubercular treatment (ATT) and ceftriaxone was stopped and ventriculostomy was established.

One week later, patient was found to have a blockage in EVD tube. So, under strict aseptic precautions, EVD was removed and fresh drain tube was inserted and fixed. CSF collected from the fresh drain was cloudy and was sent for culture and sensitivity which again had a heavy pure growth of Corynebacterium jeikeium. As the same organism was isolated on repeat culture, it was considered significant and hence the patient was started on Inj.vancomycin IV 1 gm thrice daily for 4 weeks. The patient improved clinically and repeat CSF culture after 4 weeks turned out to be sterile and hence the patient was discharged. 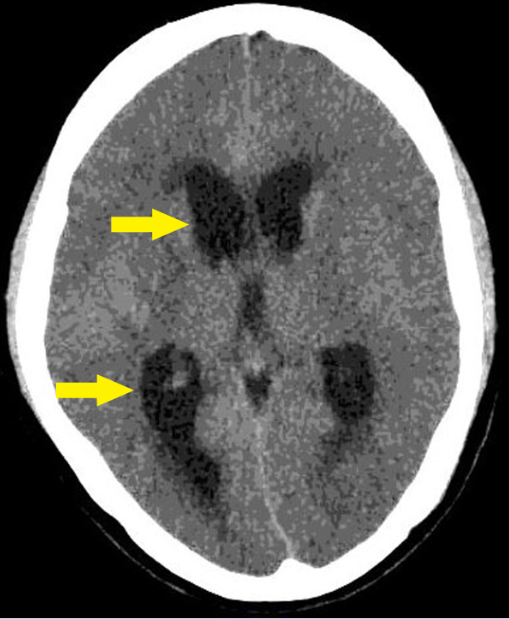 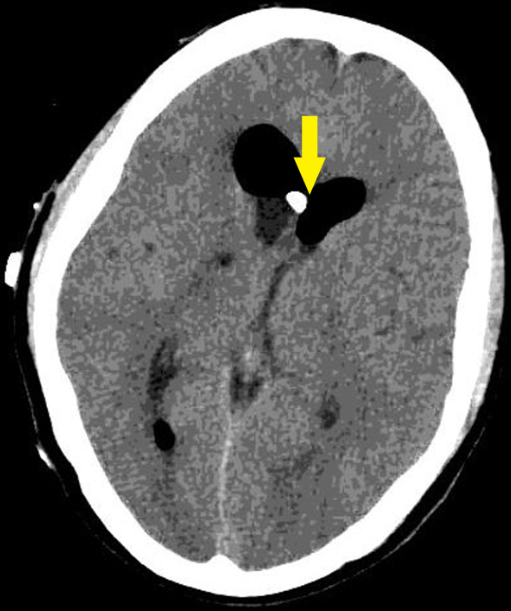 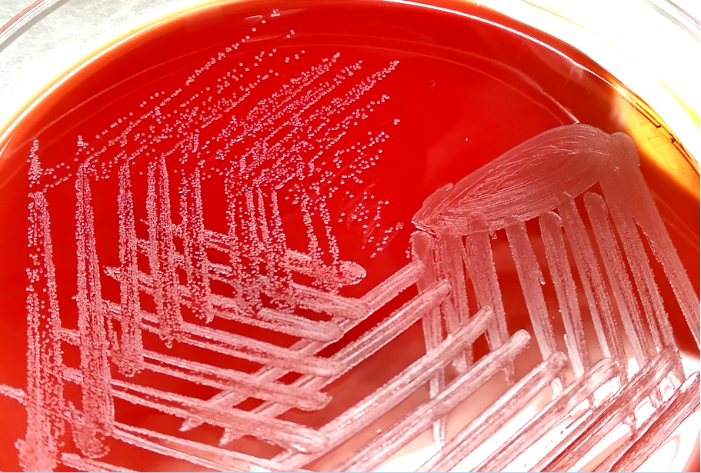 Acute meningoencephalitis poses a major public health problem worldwide. In addition to the most common organisms like Enterovirus, Streptococcus pneumoniae, Hemophilus influenzae and Neisseria meningitidis, there can be some other rare group of pathogens which are least likely to cause this sort of presentation.

Risk factors for C.jeikeium infection include immunocompromised state such as malignancy, neutropenia and AIDS, prior antibiotic exposure and presence of an intravascular catheters such as central venous catheters, peritoneal dialysis catheters, prosthetic valves and CSF shunts, prolonged hospital stay and treatment with broad spectrum antibiotics.

To our knowledge, this is the first case report of serial cerebrospinal fluid positive for C.jeikeium in a patient with HIV and tuberculosis. There are few case reports describing C. jeikeium as an agent for meningitis and this case report confirms that the organism can be a potential agent causing meningitis in vulnerable population.7 As these organisms normally occur as commensal of skin and mucous membranes, most infections caused by them are of endogenous origin. Here in this case, the patient was immunocompromised because of HIV and tuberculosis as well as there is presence of EVD in situ which establishes a direct communication between the skin and subarachnoid space which would have served as a access point for the organisms to enter the CSF. This would explain the possible mode by which the organism has gained entry into CSF in this case.

Characterization and identification of Corynebacterium species often pose difficulty and are not done routinely mainly due to the lack of various biochemical reagents and automated identification systems in resource limited settings. But it should be done if isolated from normally sterile samples like CSF and in those patients with indwelling devices as they can be the only pathogen in those cases.

This case adds to the increasing number of meningitis cases caused by Corynebacterium jeikeium. These so-called non-diphtherial Corynebacteria are often ignored as contaminants and commensal organisms. But their role as pathogens in vulnerable population has to be considered if isolated serially from appropriate clinical specimens for the timely diagnosis and prompt treatment of the patients at the earliest.