Materials and Methods: This is a Retrospective study. Data was collected from Bacteriology lab, PDUMC Rajkot (May 2020 – May 2021). Blood cultures were performed on suspected neonates. Both BACTEC and conventional methods were used. Organisms were isolated by standard microbiological protocols and antibiotic sensitivity was performed by Kirby-Bauer disc diffusion method as per CLSI- 2020/2021 guidelines.

Neonatal sepsis can be defined as systemic and generalized bacterial infection of the newborn with positive blood culture in the first four weeks of life. It is one of the leading causes of neonatal mortality in developing countries. The overall incidence of culture-proven sepsis varies between 1-8 cases per 1000 live births.1, 2, 3, 4 There are two classifications of neonatal sepsis that are based upon the onset of symptoms- early-onset neonatal sepsis-EONS (before 72 hours of life) and late-onset neonatal sepsis-LONS (after 72 hours of birth).5 Organisms in the maternal genital tract are the main causative agents in early-onset neonatal sepsis. Organisms thriving in the external environment of the home or the hospital are the cause of late-onset septicemia.6 Bacteriological profile and antibiotic susceptibility pattern in neonatal septicemia are changing time-to-time and place-to-place.7 The organisms commonly associated with EONS are group B streptococcus and E Coli in the West, while in India most cases are due to Gram-negative organisms especially E. coli, Klebsiella, and Enterobacter spp.8, 9 Organisms that have been implicated in LONS are coagulase-negative Staphylococci (CONS), Staphylococcus aureus, Klebsiella pneumonia, Escherichia coli, Enterobacter spp., Pseudomonas aeruginosa and anaerobes.9, 10 Mortality from neonatal sepsis can be prevented by early diagnosis and effective treatment. The blood culture remains the “Gold Standard” for the diagnosis of neonatal sepsis though its sensitivity is 50-80 percent.10 It is essential to initiate empirical treatment of suspected cases as the results of blood culture take hours to days. This study is designed to know the present picture of neonatal septicemia and antibiotic susceptibility pattern in this region, so that empirical treatment can be determined, hence preventing mortality, morbidity and reducing the burden of antibiotic resistance.11

This study is aimed to know the current scenario of neonatal septicemia and antibiotic susceptibility pattern in Western part of Gujarat for determining effective treatment, hence reducing burden of antibiotic resistance. 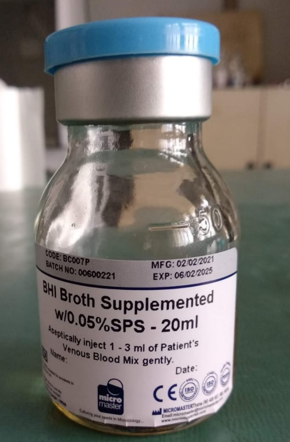 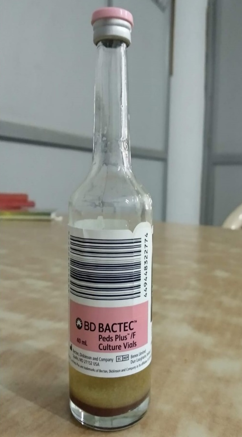 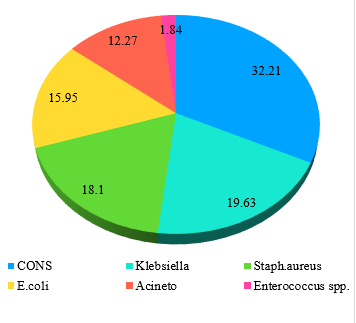 Sex-wise distribution of positive samples (in %) 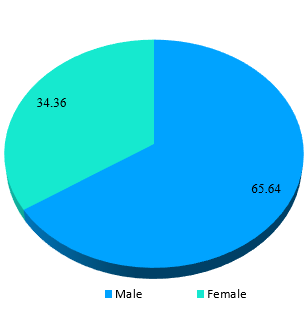 Sensitivity of Gram-Negative Isolates (In%)

Sensitivity of Gram-Positive Isolates (In%)

In India, neonatal sepsis is one of the four leading causes of neonatal mortality.12 The isolation of bacterial agents from blood culture is the gold standard for the diagnosis of septicemia. The prevalence of bacterial profile of blood culture and their susceptibility pattern in an area, guides to start empirical treatment which is the cornerstone in the management of sepsis.12 In this study, the incidence of neonatal sepsis was 28.6/1000 neonatal admissions which is consistent with studies done by Chacko et al,1 National Neonatal, Perinatal Database,13 and Sharma et al.14 In our study, the blood culture positivity rate in neonatal sepsis cases was 23.5%, which was less as observed by Chacko et al.1 However, some studies have reported higher blood culture positivity rates.13, 15 In this study, the gram-positive organisms constituted the major group of isolates (52.11%) from neonatal septicemia cases, which is similar to the findings of Desai et al.16 which had more gram-positive (67.85%). CONS were the predominant pathogen of neonatal sepsis in our study (32.21%) followed by Klebsiella (19.6%) and Staphylococcus aureus (18.1%) which is different from observations made by Deorari, and the National Neonatal Perinatal Database.17, 18, 19 The observations by Karthikeyan et al20 were different from this study were in which Staphylococcus aureus was the predominant pathogen (61.5%) followed by Klebsiella (21.9%) and E. coli (13.5%). The results of antibiotic sensitivity revealed that gram-negative organisms were sensitive to Meropenem, Piperacillin-tazobactam, Cefepime, Ceftazidime. In isolates of Staphylococcus aureus MRSA prevalence was 32.20% in this study which was sensitive to vancomycin and linezolid. Studies conducted by Mathur et al, K hatua et al, and Tallur et al15, 20, 21 also had similar observations. Vancomycin still remains the most sensitive drug for Staphylococcus aureus. Similar results were also reported in studies conducted by Mathur et al, K hatua et al, and Tallur et al. 15, 20, 21 Presently there is increasing incidence of Acinetobacter spp. infections in tertiary neonatal units of India. 22 In our study Acinetobacter spp. contributed 12.27% of the positive growth.

High mortality in neonatal sepsis in modern intensive care era is due to emergence of multi drug resistance organisms. Early isolation of organism and antibiogram guided treatment can help in prior establishment of empirical therapy and thus enhancing survival of affected neonates. Multi-drug resistant organisms are emerging in neonatal septicemia. Strict antibiotic stewardship should be practiced to avoid the upcoming treatment difficulties.